Notice: Undefined index: HTTP_REFERER in /home/familyme/public_html/wp-content/plugins/plugs/plugs.php on line 15
 Top 10 Health Checkups You Should Get in Your 40s, 50s, 60s and Beyond | Family Internal Medicine
Previous 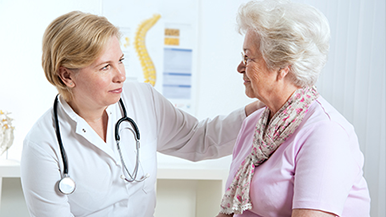 The population of older Americans is growing, following the same pattern seen on the global scale. People are living longer than a generation ago, however, with that longevity comes an increased risk of developing non-communicable diseases (NCDs) such as heart disease, diabetes, cancer, and Alzheimer’s disease.

According to a recent study in the American Medical Association’s journal Internal Medicine, baby boomers have greater rates of chronic disease, increased disability, and lower self-evaluated health than members of the previous generation at the same age.

Although you may feel vigorous, healthy, and strong, it’s still important to consult your family physician regularly, to identify any subtle problems that may go unnoticed, in order to avoid greater complications down the road.

Below we’ll outline the 10 most important health checkups that older adults should get and how often to get them.